Akshita Mudgal is an Indian actress who gained popularity after giving an excellent performance in the serial Bhakarwadi. Starting her career as a contestant in the dance reality show, Akshita decided to pursue her career in the Television and entertainment industry.

Keep reading to learn more about the age, family, relationship, and some unknown facts about Akshita Mudgal.

Born on 09th July 2002, Akshita is 19 years old as of 2021. She was born in Agra, Uttar Pradesh, India. Her zodiac sign is cancer and she holds Indian nationality. Akshita was born to a Hindu family. She follows Hinduism.

There is no information about her schooling and graduation. According to the sources, she completed her higher education in her hometown. Akshita moved to Mumbai at a young age. She had always wanted to become a dancer and an actor. She was 9 years old when started off her career through dance. Akshita moved to Mumbai with her family in order to pursue her career in the acting industry.

Akshita is the daughter of Mr. Jitendra Kumar Mudgal, who is the manager of the Central Bank of India. Her mother is Lata Mudgal.

She has an older brother named Abhishek Mudgal, who works as the event manager. She also has a sister named Priyanka Mudgal.

Akshita Mudgal is unmarried and single.

She started off her career as a dancer in the reality show “Dance Indian Dance Lil Masters” season 2 in 2012.

Two years later, she made her debut in the entertainment industry with the Kannada film “Ugramm”. In 2015, she was featured in Mr. X, in which she got a chance to work alongside Emraan Hashmi.

Akshita made a debut as a TV actress from Crime Patrol. She did over 50 episodes.

She was also featured in Moh Ke Dhaage. In 2017, Akshita got to play the part of Reva in the serial Half Marriage that aired on &TV. In addition to Crime Patrol and serials, Akshita has appeared in CID. She got her first famous project in 2019 in Bhakarwadi, a serial that aired on Sab TV. She was the lead actress of the show. Akshita played the character of Gayatri Thakkar in this show.

Akshita likes to watch the movies of Salman Khan.

She has been featured in over 50 episodes of Crime Patrol.

Despite playing small roles in the Hindi movies, Akshita didn’t gain recognition until she was featured in Bhakarwadi where she played the part of Gayatri Thakkar Gokhale.

Akshita is an avid pet lover. She also has a dog named “Stella”.

She was only 9 years old when she participated in Dance Indian Dance Lil Masters.

Her hobbies are acting, singing and dancing.

Before she started off her career as an actor, Akshita got quite a few TV commercials.

She has a large fan following on Instagram and she often uploads her dance videos on her social accounts. 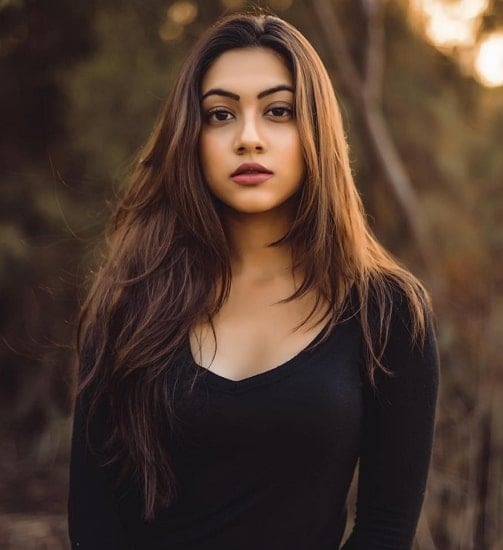