Mouni Roy is an Indian actress and model who generally works in the Hindi television and film industry. She is popularly known for her roles in the TV serials like Devon Ke Dev Mahadev and Naagin in two seasons.

She is one of the finest and talented actresses in the Indian television and film industry. She rose to popularity after her appearance in the popular movie Gold along with Akshay Kumar in the year 2018.

Born on 28 September 1985, Mouni Roy’s age is 35 years as of 2021. She was born and brought up in an upper-middle-class Hindu family from Cooch Behar, West Bengal, India. She did her early schooling at Kendriya Vidyalaya in Baburhat, Cooch Behar. After that, she attended Miranda House at the University of Delhi from where she completed her graduation in English Honors.

Mouni Roy belongs to an upper-middle-class Hindu Bengali family from Cooch Behar, West Bengal, India. She has her belief in the Hinduism religion and is an ardent follower of Goddess Durga. Moreover, She is known to have Indian nationality.

She also has one sibling, her younger brother’s name is Mukhar Roy.

Her grandfather’s name was Shekhar Chandra Roy who was also a known Jatra theatre artist.

Mouni Roy’s marital status is unmarried. She was in the rumor of dating Gaurav Chopra and Mohit Raina both of them are well-known actors in the television industry.

Mouni Roy is one of the hot and glamorous actresses and models in the industry. She is a beautiful looking hot actress with an adorable personality. She spends hours in the gym doing exercise to maintain her hot figure and fitness. Her figure measurements measure 34-26-36 inches approximately.

Her body type is hourglass slim and has black color shiny hair. Her beautiful black color sparkling eyes add to her beauty. As per reports, she went under the knife to Accenture her lips. She always remains in talks for her gorgeous looks and drastic change in her physical appearance.

Mouni Roy started her career as a television actress in the industry. She made her acting debut with her appearance in the Hindi TV serial Kyunki Saas Bhi Kabhi Bahu Thi in the year 2007 in which she played the role of Krishna Tulsi and gained a huge recognition for her amazing acting skills.

In the next year, she participated in the TV reality show Zara Nachke Dikha and won the season. Since then she has worked in several TV serials like Kasturi, Naagin, Meri Aashiqui Tum Se Hi, Do Saheliyaan, Naagin 2 Mohabbat Aur Inteqaam Ki Dastaan, and many other popular serials. She also participated in the TV reality shows like Comedy Nights Bachao, Pati Patni Aur Woh, Jhalak Dikhla Jaa season 7, and many more.

She has also received Gold Awards twice in the year 2017 for Best Actress in a Lead Role and Face of the Year. She has won and been nominated for many other awards like Big Zee Entertainment Awards, Filmfare Award, Lux Golden Rose Awards, and Star Screen Awards.

She is a trained dancer and especially in Kathak and Ballerina, she even worked as a choreographer during her college days.

She admires the acting skills of Shah Rukh Khan, Leonardo Dicaprio, Ryan Gosling, and Madhuri Dixit. She is a close friend of actress Sanjeeda Sheikh.

She likes painting, sketching, reading novels, traveling, and loves to spend time with children during her free time. She is a traveling freak and has traveled to many places throughout the world like Dubai, Hong Kong, New York, Paris, Europe, and many others.

She also featured in music videos like Holi Mein Rangeele and Bheegi Bheegi Raaton Mein. She also worked as a background dancer at the initial stage of her career. 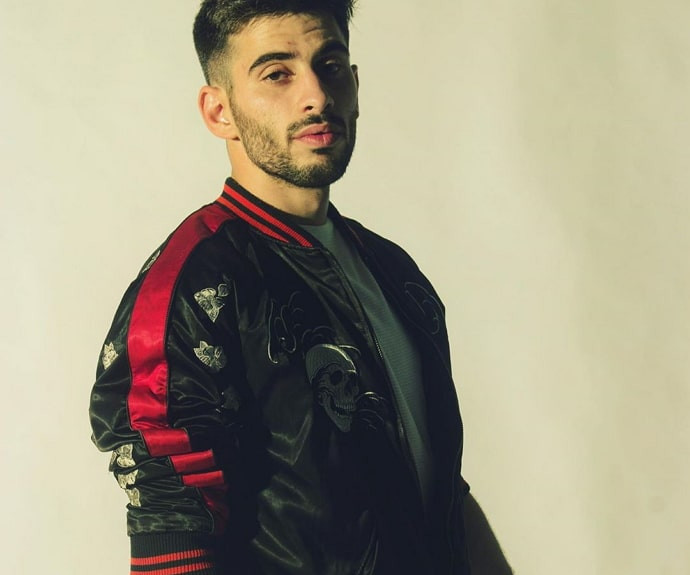